You can prepare this traditional ratatouille recipe in large quantities, even if you want to freeze some in a jar. The more baked, the better it gets, especially if you use a terracotta casserole dish.

What to serve with ratatouille ? Enjoy it hot with meat or fish, or mixed with eggs. Otherwise, you can also enjoy the ratatouille cold, with bread croutons, parmesan tiles, breadsticks, cheese ... It can be accomodated at will. The classic ratatouille recipe is one of the best vegan recipes because it’s light and entirely vegetal.

The traditional ratatouille recipe wants the vegetables to be brown in olive oil in a frying pan, each one separately.

Do not peel them at all. All the vegetables are cooked with their skin to preserve a maximum of taste. Then, they will be mixed and will confit together in a oven ratatouille casserole.

Preparation of the peppers

Cut the red and green peppers into thin sections after having seeded them, without removing the skin. Blanch them in boiling water for a few minutes to make them more digestible. You will take them out when they are a little softened. 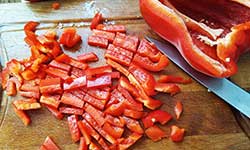 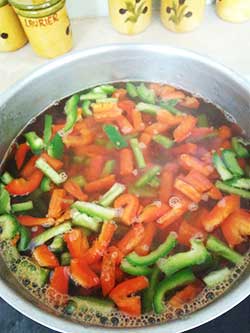 How to prepare eggplant for ratatouille? 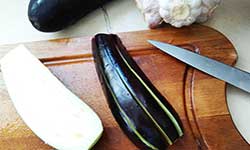 Meanwhile, trim the eggplants into cubes with their skin: first cut them in the direction of their length, then cut perpendicularly to get dice.
Peel two cloves of garlic.
Wash and cut parsley.

Lightly heat half a glass of olive oil in a skillet, preferably a Provencal olive oil! When the pan is hot but not too much (because the olive oil loses its qualities while temperature is increasing), sauté the aubergines with the garlic and a large handful of parsley. Stir occasionally.

Preparation of the tomatoes

Dip the tomatoes in boiling water for about 5 minutes to peel them easily. Wait until they cool to cut and seed them. You can fry the tomatoes with peppers or separately, still with olive oil and garlic. Stir occasionally. 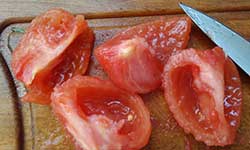 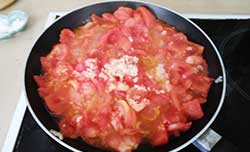 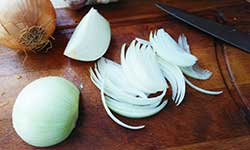 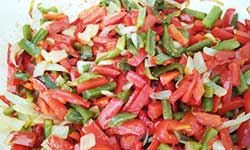 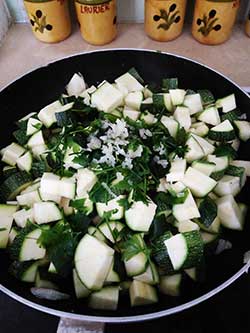 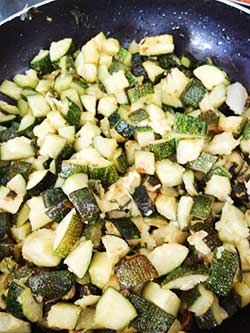 Oven bake the ratatouille in a casserole

When all the vegetables are cooked and drained, mix them in a casserole dish. Add thyme sprigs and bay leaves. Adjust the seasoning according to your taste. 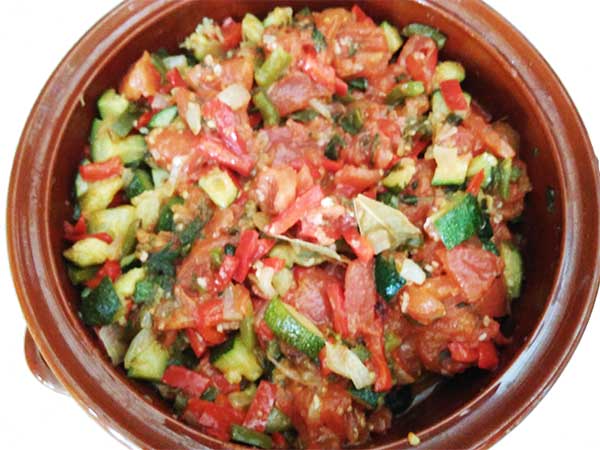 Cover and simmer at very low heat or in the oven (my preference) for at least two hours (minimum) when stirring sometimes. 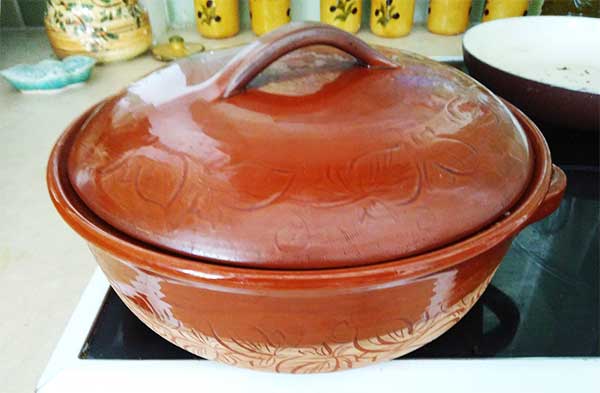 Several variants exist : replace the thyme with basil, or add onions, according to taste. Making a homemade ratatouille is not complicated, it's just a bit long, but it's worth it.

What to serve with ratatouille ?
For example, you can serve with a lamb shank confit with honey and rosemary ... a delight! 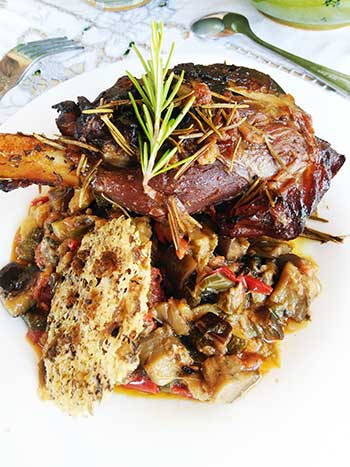 What does ratatouille mean ?
The word "ratatouille" comes from Occitan "ratatolha" (or ratatouio, ratatoulho, retatoulho depending on the place). From the 18th century, the familiar word "rata" is used by the military to designate a stew of different ingredients of meat, bread and mixed vegetables.