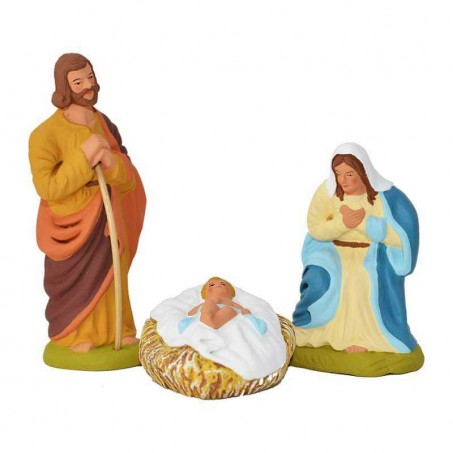 Create your own French nativity creche with these boxes of 3 characters that form a coherent set. These genuine santons of Provence are handmade by a santonnier in Aix en Provence. In this lot you will find Mary, Joseph and Jesus child available as 6 or 9 cm height.
Each figurine is unique and stamped, crafted by a French 'artisan d'art' and labelled twice 'meilleur ouvrier de France' (best France craftman) ... Read More >>

If you don't know where to buy santons in Provence, we offer different sets of 3 handmade figurines from a renowned craftsman to set up your own Provencal crib.

Jesus
As the central character of the manger, the infant Jesus is considered as the Savior, the son of God in the Christian religion. He is swaddled and placed in a manger filled with straw. All the characters converge on the barn to adore Him. 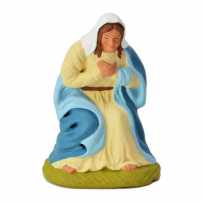 Mary
She is the Virgin, the Son of God's mother in the catholic religion. She contemplates her child while praying. 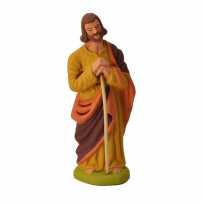 Joseph
Modest carpenter, Joseph is married to the Virgin Mary. He is considered the earthly father of Jesus.

The Bible tells that Joseph and Mary spouses, from Nazareth, went to Bethlehem to register. Marie was pregnant and was on a donkey. They had only a barn to rest, having found no accommodation available in the city. It was then that Mary gave birth.

The genuine santons of Provence are shaped in clay and painted by hand. It’s a French craft, coming from an ancient tradition. This tradition of Provencal creche continues today in southern France, where the influence of Occitan culture remains. There’s a strong concentration of santonniers in Aubagne, Marseille, Aix en Provence and Arles.
The French word santon comes from the Provencal santoun which means "little saint". Originally, the living cribs were intended to recreate the scene of the Nativity in the churches, and since the Middle Ages under St. Francis of Assisi. But the French revolution banned them in public, which led families to use dummy figurines to continue the tradition in their homes.
These characters were made of different materials (paper mache, breadcrumbs, plaster). In Marseille, in the nineteenth century, the competition of Neapolitan merchants who sold santibelli, has generated a resistance from the Provencal santonniers. The latter imposed the cooked clay and proposed their creations on markets of santons. These are still very popular today, in parallel with the Christmas markets.
In the Provencal crib, each character has a particular function to recreate the scene of the Nativity surrounded by a village of Provence. Apart from the stable's characters, the old Provencal jobs are represented: baker, miller, shepherd, garlic merchant, washerwoman, fisherman, and many others.
It’s about a village revival as if Jesus was born in Provence: the angel Boufareu (blower) announces the news to the shepherds. All the inhabitants converge on the barn to see the Newborn. They cross the hill, with their baskets of harvest, their animals, go through the olive groves. All the Provencal landscapes are represented.
So let yourself be transported by the magic of a Provencal crib, and dive into the world of Santons, jolly and cheerful figurines. The Christmas spirit is already blowing on your house!

If you want to settle a Christmas crib at home, you need to find beautiful figurines, but where to buy santons in Provence ? These santons are made by the Santons Jouve workshop, who was « Meilleur ouvrier de France » twice. They are meticulously designed to be realistic, and the faces are finely painted with attractive features. The santons we propose in batches of 3 characters will allow you to compose the nativity scene the Provencal way. You can buy several lots to get a whole Provencal village, or just a few santons to follow the Christmas tradition. The assortments are complementary. Let your creative mind act, and involve your kids in the making of the crib. It's an occasion to share and that gives meaning to the party. 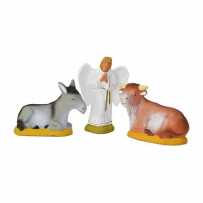 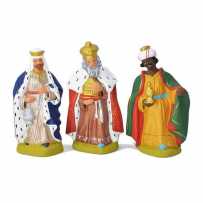 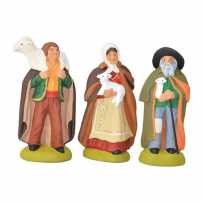 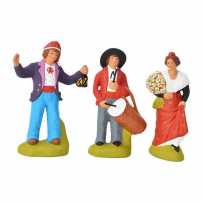 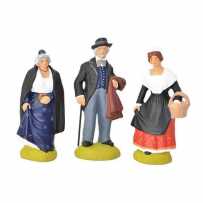 Please, login to leave a review

9 other products in the same category:

Santons of Provence x3 - From the hills 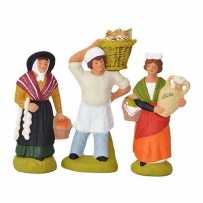 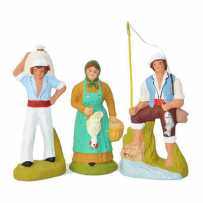 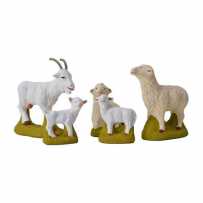 Your Question has been successfully sent our team. Thanks for question!
Ask a question
hide form

No customer questions for the moment. 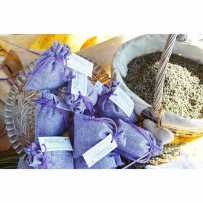 Free gift with your order